Confront your rivals in the first real-time Star Wars competitive action shooter designed specifically for your mobile device. Choose from a cast of iconic characters that span all eras of the Star Wars universe while mastering your skills in cover-based PvP skirmishes. Build the ultimate combat team, anticipate your opponent’s strategy, and leverage your surroundings to gain the upper hand. Battles are fought both in single-player campaign scenarios and real-time PvP battles. Take aim, fire, and obliterate the competition.

FIGHT IN REAL-TIME PVP SKIRMISHES
• Battle other players cross-platform in the real-time PvP Arena. Build the ultimate roster of three unique characters and swap them in-and-out the heat of battle. Collect and deploy AI troops like Stormtroopers, Rebel Troopers, and more to help you achieve victory
• Defeat your opponents to collect points, climb the leaderboards, and win rewards to upgrade and unlock characters

PROGRESS IN CAMPAIGN MODE
• Enter the heat of combat with mission-based scenarios in Campaign Mode. Dominate enemies and take down rivals in epic boss fights across familiar environments like Takodana, Jakku, and Bespin
• Face off with iconic rivalries like Luke Skywalker and Darth Vader, Han Solo and Boba Fett, Finn and Captain Phasma, and more

COLLECT & UPGRADE LEGENDARY CHARACTERS
• Team up with characters from different eras of the Star Wars universe and films like Empire Strikes Back and the Force Awakens
• Battle as a Jedi, a scoundrel, a Wookiee, Sith, and more! Discover each character’s unique abilities and upgrade them to fit your unique play style

Before you download this experience, please consider that this app contains
• social media links to connect with others
• in-app purchases that cost real money from $4.99 to $99.99
• the option to accept push notifications to let you know when we have exciting updates like new content
• advertising for some third parties
• as well as advertising for the Walt Disney Family of Companies 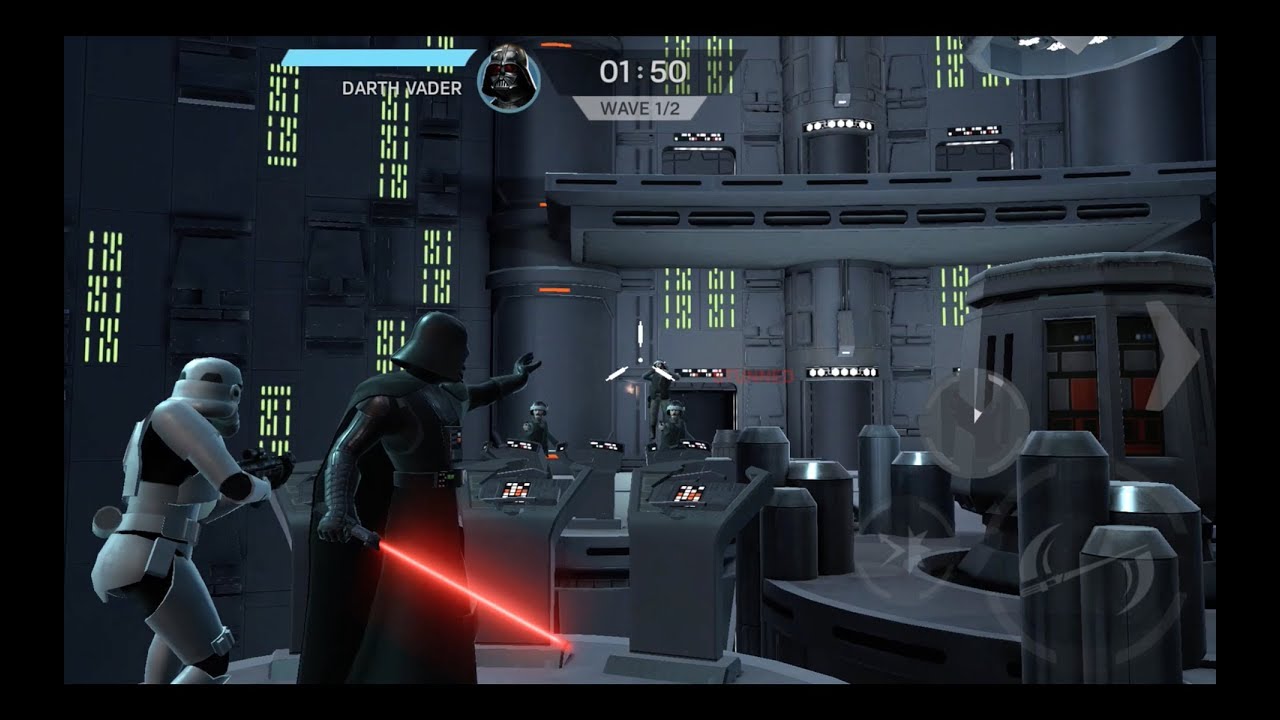