Poor Phil Faily has had a lot of bad luck with cars… now he has a Motorbike!

While doing some sightseeing on a motorbike in the Nevada desert, Phil is forced off the road, plunging him over the edge of a steep embankment and into a world of dangerous hazards and obstacles.

In this physics based motorbike game you must maneuver an endless mountainside dodging hazardous terrain such as cacti, rocks, traffic and trains resulting in some fun and hilarious near misses and crashes.

FEATURES
• NAVIGATE downhill as far as you can go avoiding obstacles along the way
• AVOID cacti, rocks, creeks, traffic and trains
• DESTROY obstacles with your shield or weapons
• COLLECT coins as you go
• UNLOCK unique vehicles and costumes
• RECORD gameplay and share to Youtube, Facebook or Instagram
• ENDLESS gameplay
• ENDLESS crashes
• ENDLESS fun!


* Permissions Details *
Faily Rider will require access to photos, media and files on your device. This is only used to cache the advertising in game and to allow the sharing of custom screenshots taken in game. 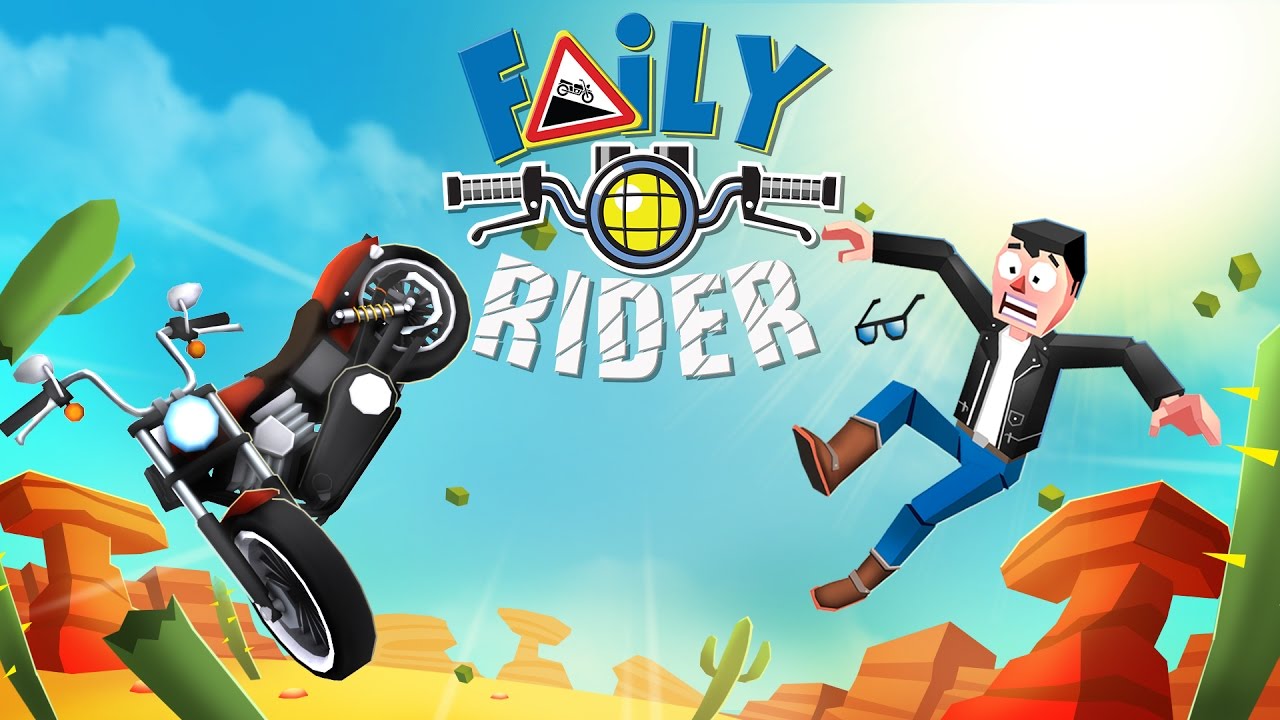